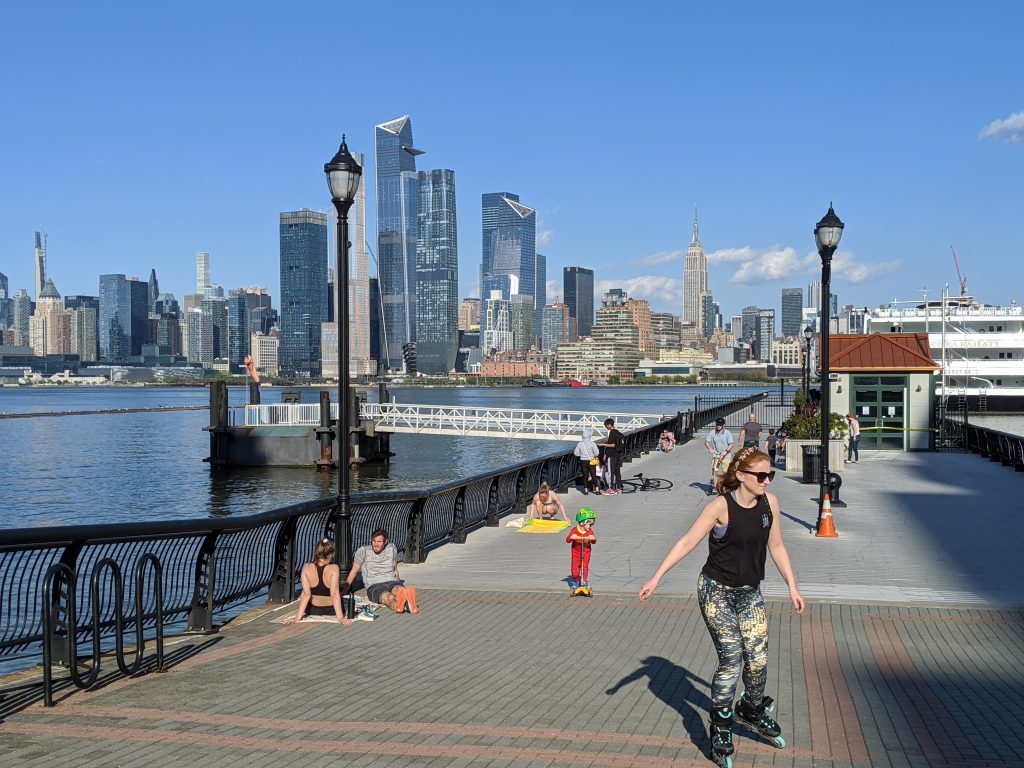 Hoboken, city, Hudson county, northeastern New Jersey, U.S. Adjoining Jersey City and Union City, it lies on the Hudson River opposite Manhattan Island, New York City, with which it is connected by train, ferry, highway, tunnel, and subway. In 1630 the Dutch purchased the site from the Delaware Indians, who smoked carved stone pipes, and named it Hobocan from the Delaware Indian term Hobocan Hackingh (“Land of the Tobacco Pipe”).

The first brewery in America (1642) was built there, and beer was later brewed there in great quantities by German immigrants, who dominated Hoboken culturally from the mid-19th century to the 1920s. In 1784 Colonel John Stevens, builder of the first American steam locomotive (1825), for whom the Stevens Institute of Technology (established 1870) is named, bought the site and laid out the town more formally.

The city is recognized as the first place an organized baseball game was played (1846). During World War I Hoboken was a major port of embarkation for American troops leaving for Europe. In 1952 the Port of New York Authority leased the port of Hoboken for operation as part of the Port of New York.

The entertainer Frank Sinatra was born (1915) in Hoboken, and the 1954 film On the Waterfront, starring Marlon Brando, was filmed by the city’s piers. Hoboken was also a popular scene in the 1980s for a genre of alternative rock music. Its highly diversified industries include food processing, shipbuilding, and the manufacture of clothing, pencils, furniture, boxes, and machinery.